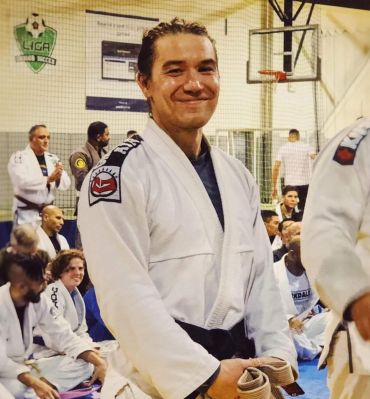 Matt is a black belt in Brazilian jiu-jitsu and former professional mixed martial arts (MMA) fighter. He is from the North, born in Iqaluit, Nunavut and grew up in Yellowknife, Northwest Territories. In 2000 he moved to Hamilton to attend McMaster University where he completed his BSc in genetics before moving abroad to Japan. Matt began martial arts and MMA training in Japan before returning to Canada to attend graduate school at UBC. He received his brown belt from Professor Adam Ryan during his time in Vancouver and his black belt in 2022 in Toronto.

In 2015 Matt moved to Toronto, specifically the Danforth/Greektown neighborhood, where he and his wife have started their family. He is the head of product development for a publicly traded CPG company.