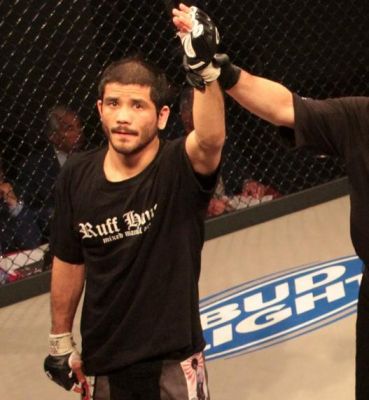 Seiji is a black belt in Brazilian jiu-jitsu and former professional mixed martial arts (MMA) fighter. He grew up in Toronto’s Greektown neighbourhood and trained in various martial arts throughout his teenage years. In 2003, he moved to Hamilton to attend McMaster University  where he completed a BSc and PhD in biochemistry. While studying, he founded a Brazilian jiu-jitsu club on campus and ran it from 2005 to 2012. In 2016, he received his black belt in jiu-jitsu from Professor Marco Costa.

Seiji has competed extensively in both jiu-jitsu and MMA. Notably, he won the Ontario Provincial Jiu-Jitsu Championships in 2009 (purple belt) and 2011 (brown/black belt) and the Ontario Open in 2018 (brown/black), and achieved a professional MMA record of 5-2.

After university, Seiji moved back to Greektown to raise his family. He is excited to resume teaching and share his knowledge of martial arts with the Danforth community. Outside the gym, he is a research scientist at SickKids Hospital.